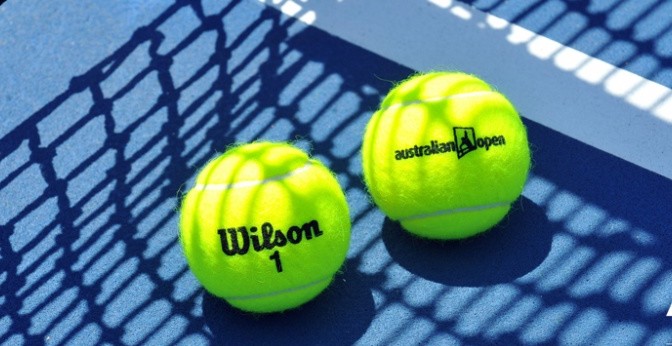 Wow! What an Australian Open. This year’s Oz Open was memorable on many different levels.

The resurgence of the single hand backhand, seeing some promising young Aussies do well on both women’s and men’s draws (notably Ash Barty, Daria Gavrilova and Sydney-sider and Davis Cup debutant Jordan Thompson just to name a few). For me the standout of the tournament was seeing the great Roger Federer taking this year’s crown (at the ripe old age of 35 years old) from a 32 year old and much favoured Nadal. Likewise on the women’s side, Serena and Venus playing in a grand slam final at 35 and 36 years of age respectively. Let’s not forget to mention a 34 year old Lucic-Baroni making a long awaited semi finals appearance.

Its not often you hear of the finalists in a grand slam event being in their early to mid 30’s. It was almost unheard of 20 years ago, where teenagers and players in their 20’s seemed to have dominated the sport.
It really hits home the point that the game of tennis is not what it used to be. Are older players benefitting from these changes? These are my thoughts.

The changes in racket and string technology are the noticeably obvious changes to the game. Lighter rackets mean that players can generate much higher racket head speeds. Combined with the poly strings which can generate much more spin than the natural or synthetic gut strings of yesteryear, results in faster and more powerful strokes, longer points, games and matches.

How does this benefit older players?
Physical conditioning. Younger, less developed players will struggle to maintain the same level of consistency and physicality that some of the fully physically developed players have achieved through years of training and competing on the tour. They may get an occasional win over more experienced players in smaller events which are typically best of 3 sets and have smaller (64 player) draws. But at the grand slam level, matches are best of 5 sets in the men’s draw and men’s and women’s events have 128 player draws, not to mention any of the qualifying matches played before getting into the maindraw. For this reason it will be harder for younger players to do well in a grand slam event, opening the doors to more experienced and physically developed players to go deeper into the tournament.

We know that currently, the average age of the top 100 WTA/ATP player is approx. 28 years old. Considering young players these days are starting to specialise in the sport in their early teens, this can potentially mean that a player needs to maintain a relatively high level of physical health over 10 to 15 years before even reaching the top end of the rankings. This is a very long time to remain injury free and healthy whilst not losing faith in one’s ability. Not to mention the expenses and emotional energy expended over this time.
There are some notable exceptions, 3 young Australian players to crack the top 100 as teenagers (Tomic, Kyrios and Kokkinakis). However, their rise to the top 100 have not been with out their share of injury, surgery and health issues. Tomic in 2014 underwent bilateral hip surgery. Kygrios has suffered from a range of different injuries back, knee, elbow etc. each year something different. Not to mention some mental health issues he is currently seeking help for. And the tragic case of Kokkinakis who after a break out year in 2015 has not been able to return to the game at a competitive level.

Just last year the ATP announced the Next Gen ATP Finals, where the top players under the age of 21 will be showcased. Lets hope that these players are still around in their 30’s.

So are we pushing our young promising players too hard too soon? What are your thoughts? Please leave your comments below.